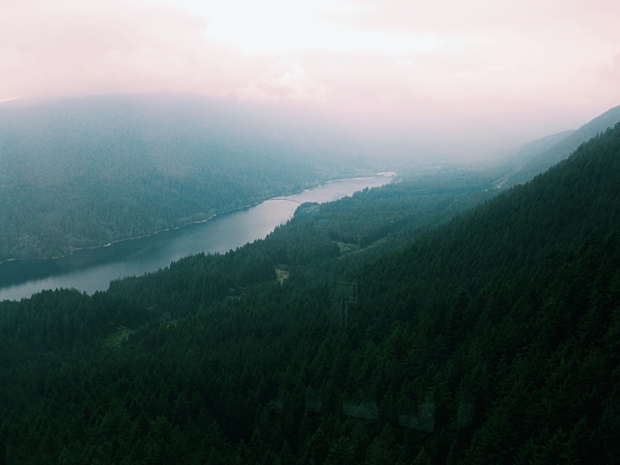 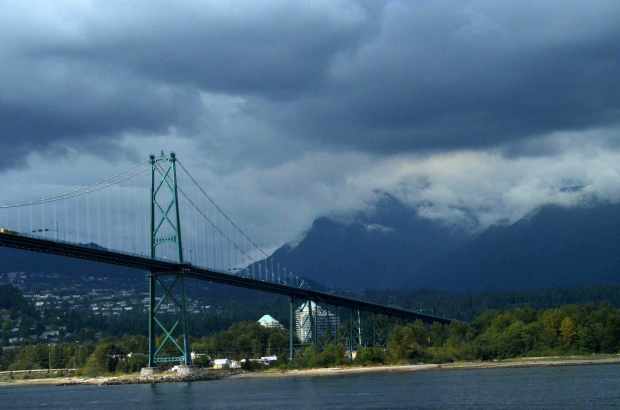 Now, although this post doesn’t represent any of our travels around Asia, it was possibly a bigger adventure than any other that we had this summer. It was the first time we had set foot on our home continent in over 14 months, and yet it was completely unlike the North America that we were used to. The one that we had left- flat, unchanging. It was lush and vibrant and filled with all of our favorite things. We were in awe at the amount of greenery we saw when our plane touched the ground.

For those who may not be familiar, the “Pacific Northwest” has no officially defined boundaries, but it commonly refers to the coastal regions of the Northwestern United States and British Columbia in Canada. We started our journey in the region’s largest metropolitan area- Seattle, Washington, with 3.9 million people- and ended our journey in Vancouver- with 2.4 million people.

In Seattle, we were retrieved from the airport by Paul and Alex, who were more than happy to let us stay in their gorgeous apartment and re-accustom us to pizza, beer, and incredible coffee (the beverage that Seattleites are most well-known for). We then met up with V’s parents and brother and headed up north to Blaine, and finally Vancouver before heading home to Chicago.

After recovering from our jet lag, we were given the grand Seattle tour. We bought flowers and visited the first Starbucks at Pike’s Place market. The four of us together helped ease the transition back to being literate, plus they were cat sitting! We ate our first big breakfast at their favorite little Mexican place called TNT, though the agua fresca and tacquieras may have been a bit too overwhelming for me. We went to Capitol Hill and drank Moscow Mules at Montana Bar, plus the most amazing Malaysian food. We drank sangria and played Trivia Pursuit at the Octopus Bar. We saw the ‘Modernism in the Pacific Northwest’ exhibit at the Seattle Museum of Art. On the last day, we made P&A the same curried eggplant that we cooked in China and met Alex’s wonderful work friend, Luc, who was returning to Scandinavia.

With my parents, we went on a short cruise on the Puget Sound, did the Underground City Tour, and visited the famed Space Needle (built in 1962 for the World’s Fair). Although, the Washington Mutual Tower gave us a much better panoramic view of the city for less than $30. We frolicked in the gardens amongst the intricate sculptures at the Chihuly Glass Museum. Since Seattle is the birthplace of both Jimi Hendrix and the grunge movement, we had to see all the interactive exhibits at the EMP. We later learned that there is a free museum day every month for Seattle residents. Next time!

After a difficult farewell, we journeyed to a quiet resort on the Canadian border in a town called Blaine, Washington. The resort was called Semiahmoo. Bounded by the waters of Semiahmoo Bay and Boundary Bay, it was quiet and secluded. In the language of the indigenous people who once lived there, the name means “half moon” and references the crescent shape that the land is now built on. It had a farm to table restaurant complete with amazing locally grown and foraged food. K and I were able to go for walks on the beach and see the artful shoreline designs at low tide. We walked all the way to Birch Bay National Park, and saw people camping and picnicking in the sand and trees. My brother was able to golf at two of the huge courses nearby the resort. 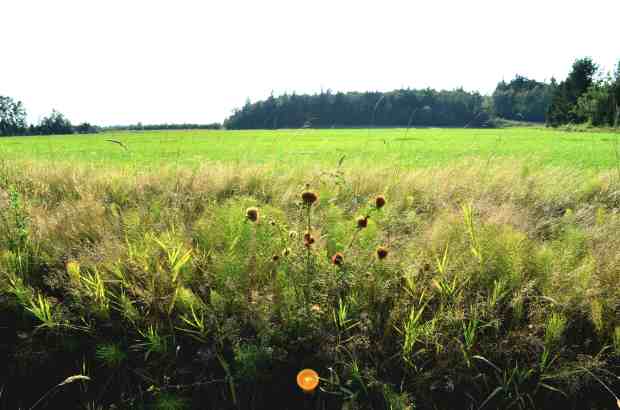 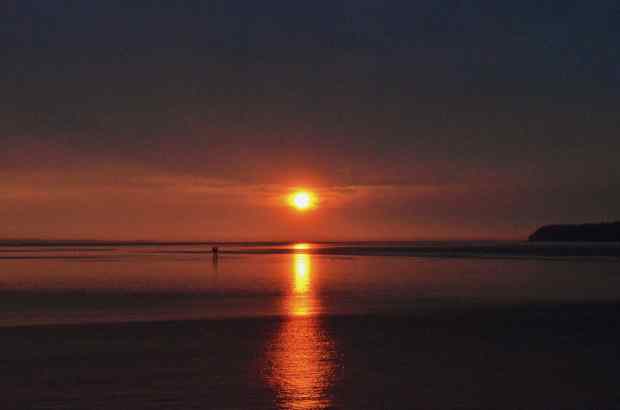 We spent a few days in Vancouver, as well. It was my first time in British Columbia! The border crossing was long and stressful, however, the city itself was so unlike Seattle. It was industrial- with lots of glass and huge dense columns of skyscrapers.  We took the trolley to all the sights. When we stopped for a hike in the gorgeous and expansive Stanley Park. We learned about the indigenous cultures native to the area and saw the totems. K and I of course managed to get ourselves lost atop an enormous Capilano Suspension Bridge. The views were amazing, though.

We visited  Granville Island (an Island that is connected to the city via ferry ride). It is typically filled with a huge market of vendors and artisan craftsman and restaurants. We did a beer last tasting with my little brother- his first, since the drinking age in Canada is only 19. He also could gamble at the casino, and made more money than all of us combined!

We spent a day kayaking, and saw seals and jellyfish in English Bay and False Creek. 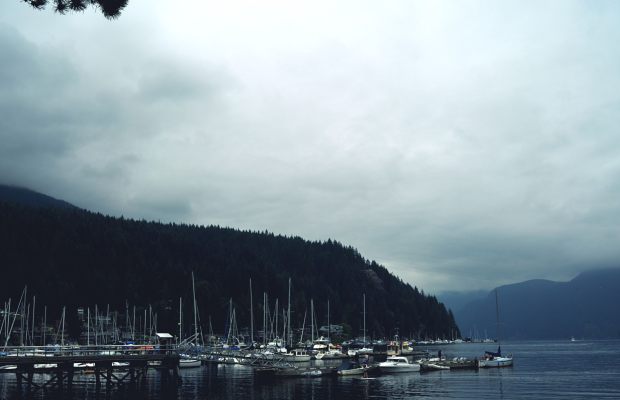 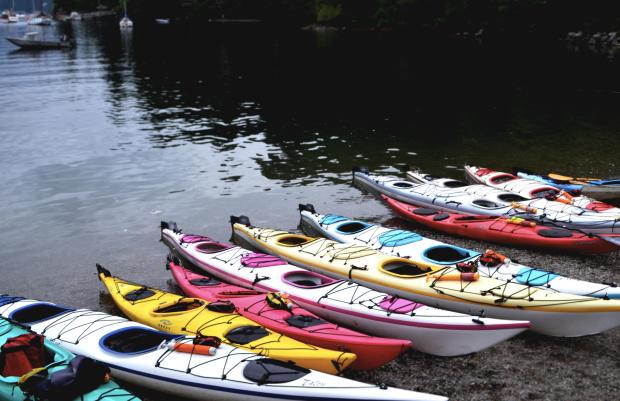 Our sore arms and legs took a trip to Grouse Mountain. With a little misdirection from the man selling tickets, we skipped the cable car ride and instead ended up opting for the most intensely vertical hike of our lives- the Grouse Grind. Commonly known as Mother Nature’s Stairmaster, the Grind is a 2.9 kilometer trail up the entire face of Grouse Mountain. Atop the mountain (while struggling) we encountered a couple from- guess where? China! We had some great conversations with them about the experience of teaching abroad and learning Chinese. An 85 year old woman from Guangdong Province was ahead of us on the trek. We figured, if she could make it to the top, than we certainly could! Well, needless to say, I was so impressed with myself for completing it that I bought a tee shirt. The fog amongst the fir trees is clearly what makes this area one of the most beautiful in North America.

Above is what Grouse Mountain looked like from the bottom! 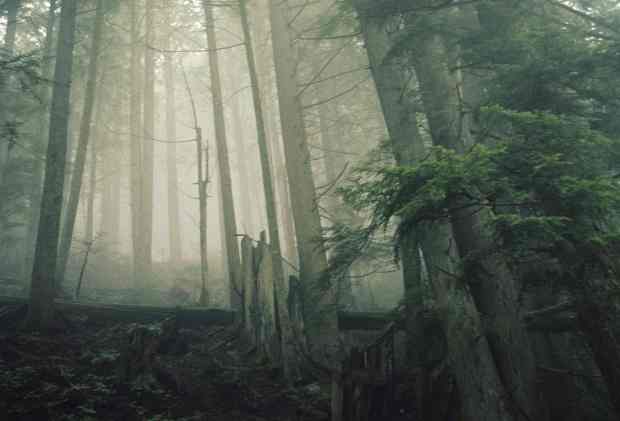 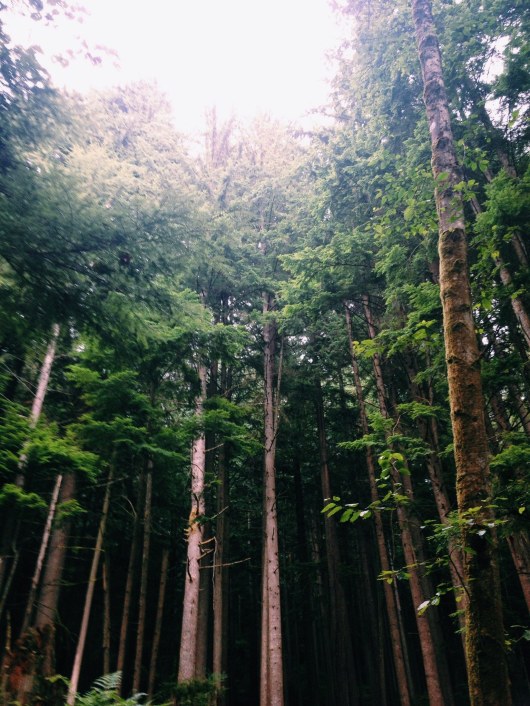 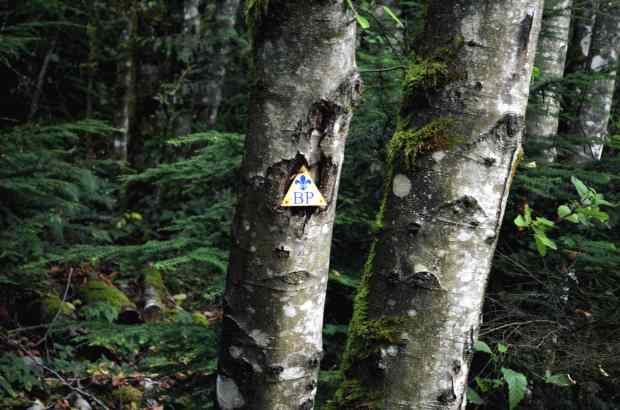 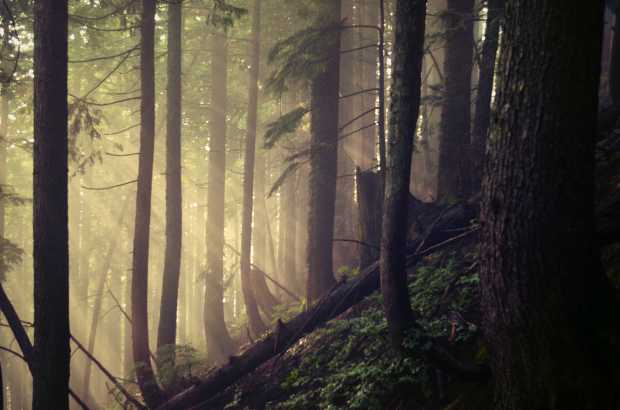 This was the view from the top!

In conclusion, it was the perfect transitory location for our return journey. In fact, we loved it so much V is considering University of Seattle as one of her top graduate school destinations for next year. So, you readers might be seeing a lot more adventures around here!

Hope you all get to feel you are truly experiencing the beauty of this world sometime soon. 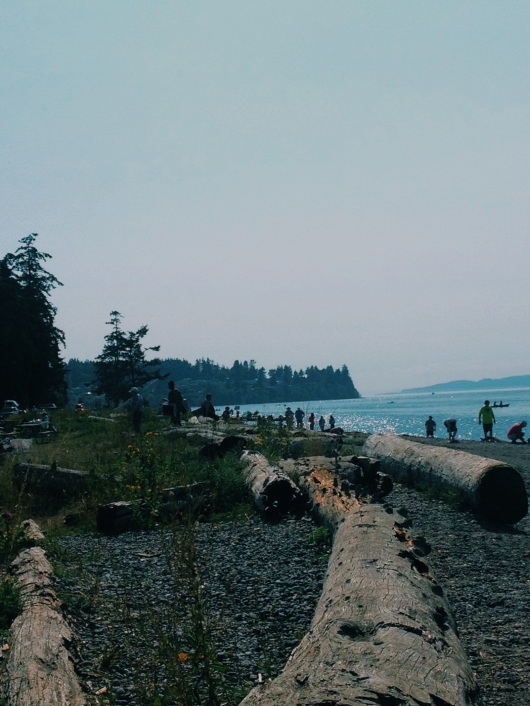 Spring is on its way, and with it, new adventures! 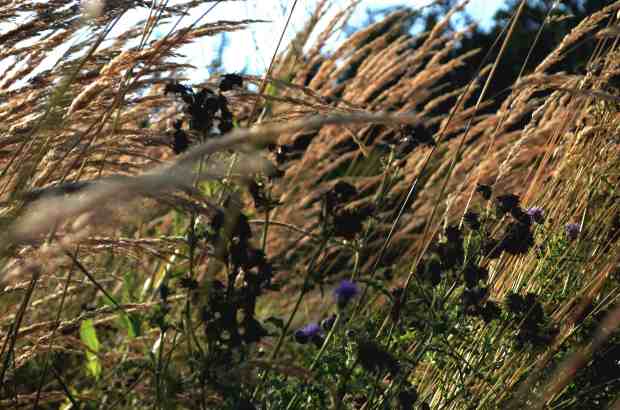 One thought on “Pacific Northwest- The Best Return”