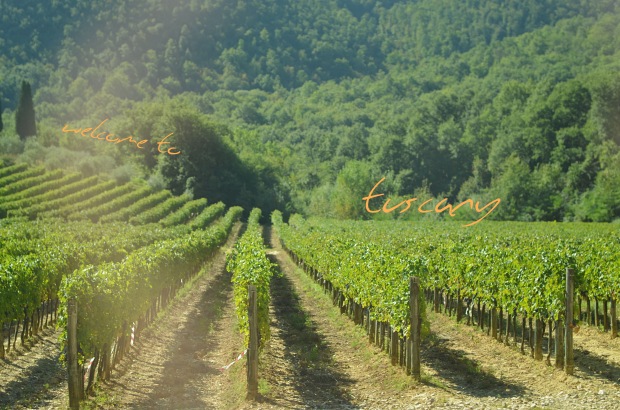 Before I can tell you this story, I have to admit to something rather embarrassing.

The day before our weekend in Tuscany, I sprained my ankle in a completely mundane and un-fascinating way. At least, I assume it was unremarkable–I am not even sure how it happened (other than wearing the wrong shoes to traipse across Rome). But I do know that it swelled up like a giant purple balloon. Real talk: this is the completely not glamorous side of adventuring.

I was so bummed about my useless ankle that I nearly cancelled our Tuscan adventure. How could I enjoy my fancy wine and Pecorino cheese and views of the countryside if I couldn’t walk? I was looking forward to climbing atop buildings and running through fields of olive trees.  I was absolutely certain my sour mood and painful limp would ruin everything.

But I am so glad I didn’t cancel.

It turns out that, rather than prescribing medications, Italian doctors will send their patients to Tuscany. They’ll take thermal baths to relax for a week or two and be as good as new. Tuscany is literally just as good as–if not better than–medicine. The landscapes are unparalleled, the pace of life relaxed. It’s one of those places where depictions in films and books are 100% spot-on.

And I got a concentrated dose.

After several busy days in Rome, we decided to focus our energies on the quiet of the countryside in the Provence of Siena, rather than visit another metropolis. We settled on Tuscany, which refers to the sprawling hillside in central Italy. The hills quickly become sharply peaked mountains that pose a formidable barrier between the center and the south. With its capital of Florence, it is known as the birthplace of the Italian Renaissance.

Aside from tourism, agriculture still contributes a great deal to the region’s economy. Wheat, sunflowers, and olive trees dot the hillside. The soil in Tuscany is so rich in minerals–iron ore, copper, lignite–the earth looks almost white.  This soil makes it ideal to for growing grapes to make wine, which is one of the reasons why the region produced some of the best wines in the world. 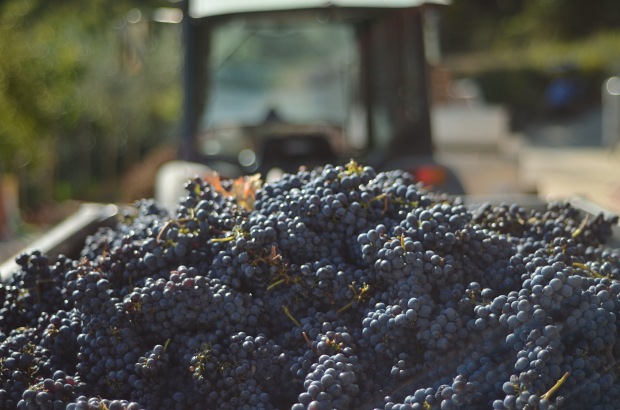 To top it off, it was harvest season while we were there. The grapes were ripe for the picking! We drove by Tuscan villas of several wealthy foreigners, including Russell Crowe and Sting, who apparently makes enthusiastic fans pay HIM to harvest the grapes on his property. Predictably, Tuscan farmers will drink wine as they collect the grapes, so the harvest turns into an impromptu soiree or even festival. 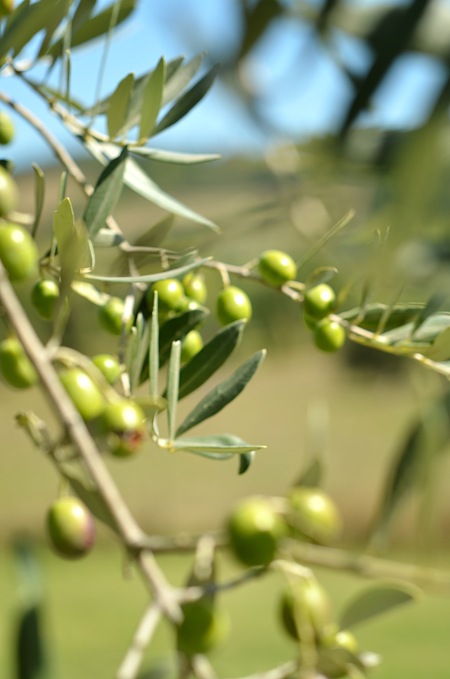 If you remember the film Under the Tuscan Sun, Sandra Oh’s character Patty makes a comment about the “creepy Italian trees that know.” The ones that she’s referring to are the Italian Cypress Trees (the ones that look like vertical pinecones in all the photos). Owners line the entrances of their property with them and they’re said to bring prosperity and luck! 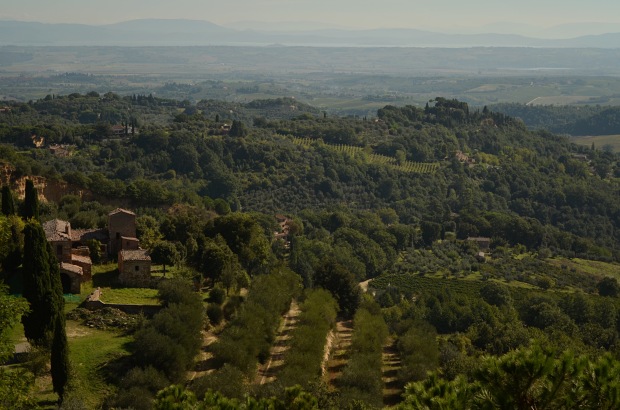 We had the opportunity to visit three small towns. They’re all easily walkable in a few hours (depending on how much wine you drink) and there are plenty of places to sit and rest, which was great for my out-of-commission foot.

The first of these towns, Montalpuciano (after the grape of the same name, or maybe the namesake of the grape), is a Renaissance-style hill-town in the provence of Siena. Built along a narrow limestone ridge, it sits high above sea level. We walked along the winding street (El Corso) that climbs to the top of the summit.

Montalpuciano was sacked and rebuilt in a unified style by the infamous Medici family in the 16th century, and the lion of the Medici family crest can be seen atop the well in the Palazzo Communale. Like most Tuscan hill towns, the narrow cobblestone streets are largely car-free and offer stunning views of the surrounding hillside. These towns all have unique festivals, and Montalpuciano is known for its Barrel Racing Festival.

After Montalpuciano, we drove to see Sant’Antimo Abbey, a former Benedictine monastery just outside the town of Montalcino. It sits untouched in a perfect pastoral setting surrounded by fields of olive trees, including one that is 500 years old. The Abbey itself is over 1,000 years old, and you can still hear monks performing Gregorian chants.

Apparently, there are only a few monks left who still know the chants, as it is a dying oral tradition (and no young person is either devout or interested enough in the trade). The church, which has a foundation (and basement apse) from the time of Charlemagne, is a perfect unspoiled, austere example of a small pilgrimage church. One of the original walls still remains and you can see bullet holes from the Nazi invasion. Many people say it’s their favorite church in all of Italy.

After visiting the Abbey and touring the vineyard, we headed to Poggio Antico for lunch and wine tasting. We sat down to a 3-course meal in their wine cellar. We got to taste two most coveted wines in Italy: Brunello di Montalcino and Vino Nobile di Montepulciano,  both produced in the towns we visited. 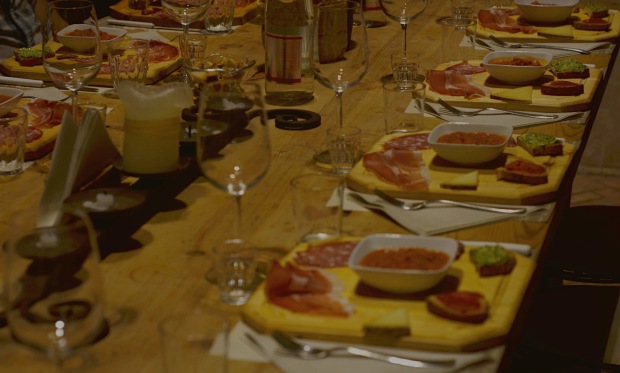 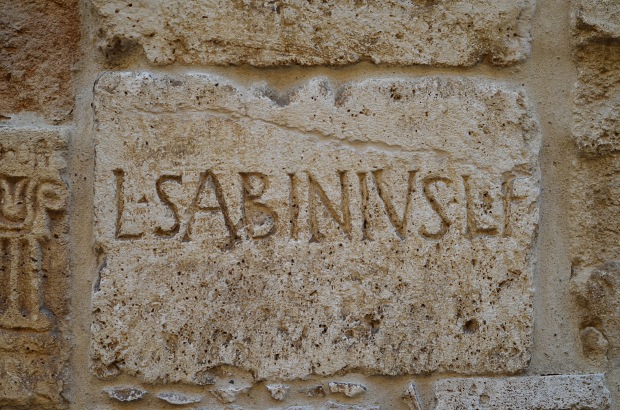 Along with the wine, we had a gorgeous array of antipasti: Bread, Pecorino cheese, Pappa al Pomodoro (thick tomato soup made with bread) and the non-vegetarians got to eat wild boar. For the main course we had Pinci All’aglione (a thick spaghetti-like pasta favorite with tomato sauce), and for dessert we had biscotti and served with Vin Santoa heavy dessert wine.

Our last stop was the market in Pienza, where we ate more gelato and bought too much wine, cheese, and olive oil for our friends and family. If you haven’t gotten yours yet, check your mailbox. 🙂