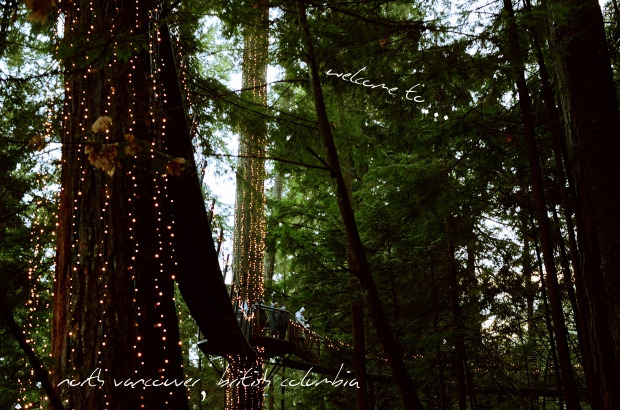 Since moving to the Pacific Northwest, it hasn’t really been in the budget for us to take any massive trips. At first, this was a huge bummer for a pair of avid voyagers such as ourselves. But our blues quickly dissipated when we discovered the seemingly infinite number of beautiful small-scale adventures right at our fingertips. Hence, this weekend trips series is something new we’re trying out and we hope you also love it! 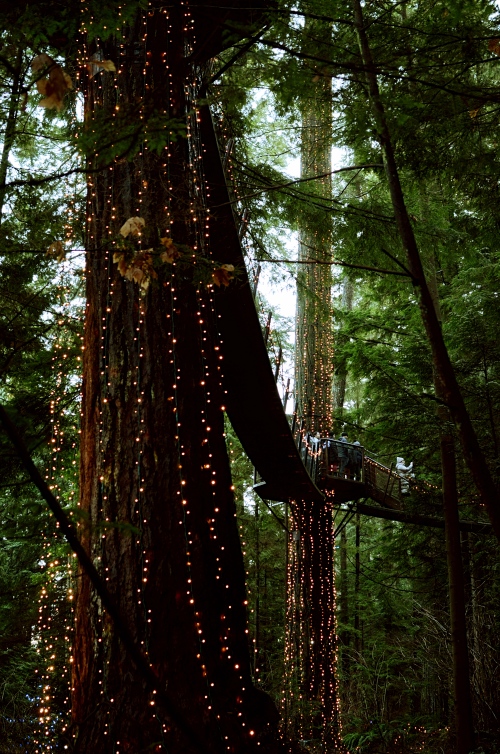 We’ve already been up the coast, down the coast, to beaches, state parks and rainforests. We’ve scaled mountains and slept in a yurt. We even left the country, and we did it all in under 48 hours. 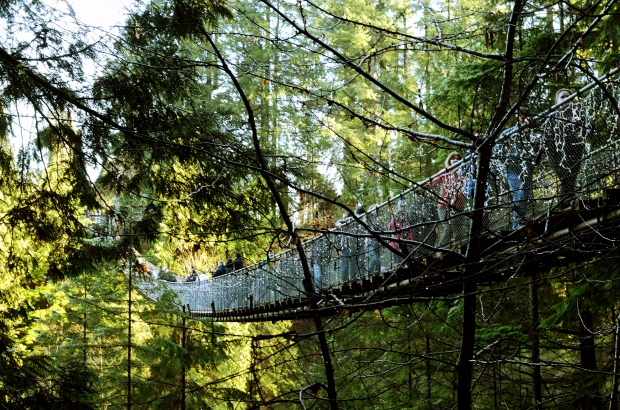 We are starting with our trip to Canada since it was our most surprisingly delightful
day trip, especially since it t happened during the height of winter blues here in rainy Washington State. Anyplace that is still stunning in the gloomy month of January deserves a shoutout.

The Capilano Suspension Bridge Park in North Vancouver is approximately 3 hours from the city of Seattle. It is one of the most popular tourist attractions in British Columbia and its fame is well deserved. The bridge has a long history. It was originally built with hemp ropes and cedar planks by the Scottish engineer and developer George Grant Mackay in 1888 to help people cross the Capilano River. Over time the bridge was reinforced and eventually rebuilt entirely with contemporary materials. The Park became destination attraction in 1983, with other attractions and additional bridges throughout the surrounding area.

The Park runs the famed “Canyon Lights” from November to January. During the festival, 30-ton, 250-year old Douglas firs are connected with viewing platforms reaching 110 fee above the forest floor. This attraction, called Treetops Adventure, is made even more spectacular when these firs are lit from above and below making them eight of the tallest Christmas trees in the world. It’s truly a sight to behold! 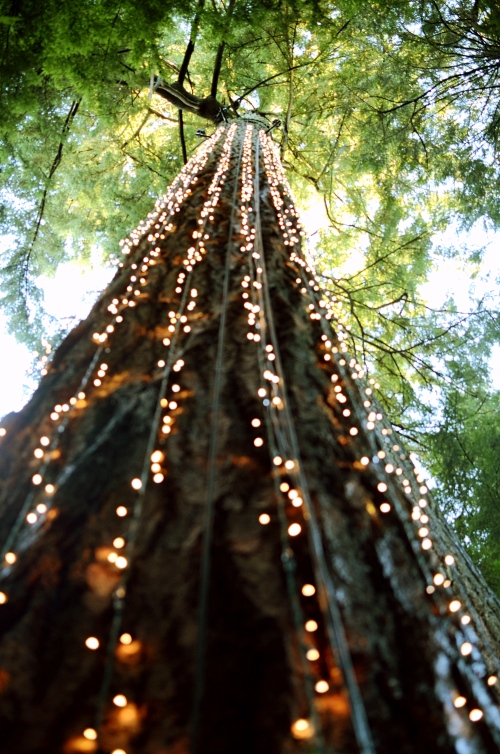 We were a little uncertain about going up to Vancouver for just a day at first, because it seemed like a huge ordeal for not much payoff. But once we actually crossed over the border, we were surprised by the countryside. We really needed a break from city life and hadn’t realized it. We arrived at the suspension bridge park, seeing the scenery and taking in the cool canopy air, it was well worth it. We stayed until early evening, when the lights started to come on, and got to experience an almost mystical setting–like St. Elmo’s fire or ball lightning while we were hovering up in the trees.

We hope to have some more fun weekend trip posts soon and we can’t wait to share our Scotland self-driving tour in March.

Let us know what you would like to see from the site in 2018!