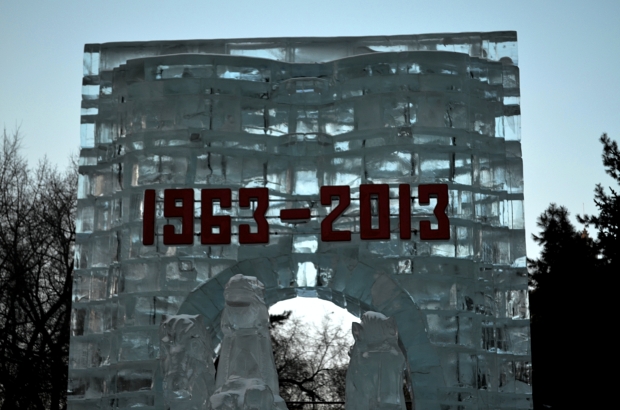 Despite being the first city in our series of travels, we knew the least about Harbin. I added it to our itinerary after reading an article claiming the city as a can’t-miss spot for winter tourism in China and the host of the greatest winter festival in the entire world. Those are such bold words, it was just too tempting not to see it with my own eyes. After looking at photographs online, and discovering that this life-size frozen playground was only available from January 5-February 5 annually, I became obsessed. This would be our only chance. You can judge by our pictures below, but it’s safe to say, the city did not disappoint. 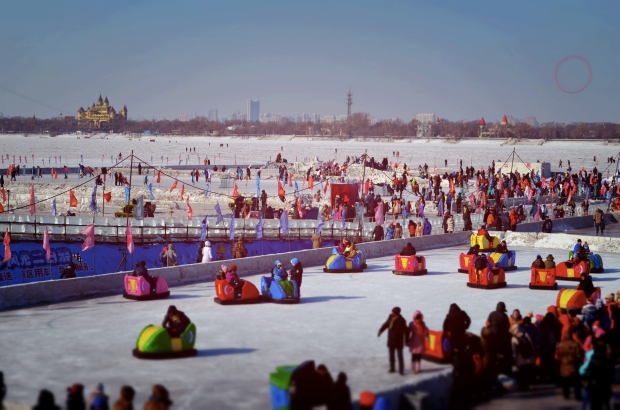 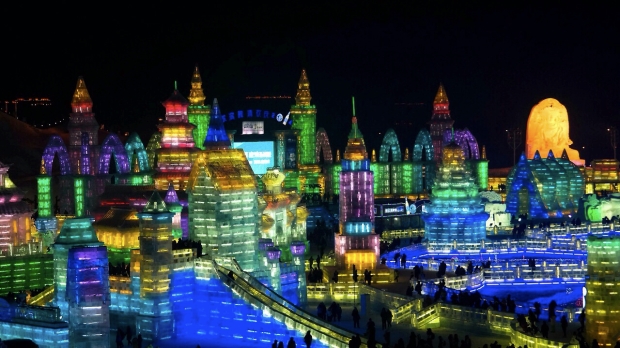 It isn’t exactly a hop skip and a jump from Jian’ou to Harbin. For 38 hours we were packed like sardines in the crowded compartment of a sleeper train. Having only ever ridden Amtrak for a few hours at a time, traversing the Northern Chinese tundra during the crowded Spring Festival season was it’s own unique experience. Though Harbin is the capital of Heilongjang Province, it lies deep in China’s Northeast region, and belongs almost as much to Siberia as it does to the PRC. It has bitterly cold winters, and temperatures during the prime months (when nothing thaws) can reach as low as -30 degrees Celsius. Most natives travel there for the epic ski slopes and hot spring retreats. Living in subtropical Southern China, we could’t have picked a more opposite first destination. We struggled to find the necessary adornments like insulated clothing and fur-lined winter boots. We’re sure glad we ordered some online, because we definitely needed all the layers of clothing we could pile on. 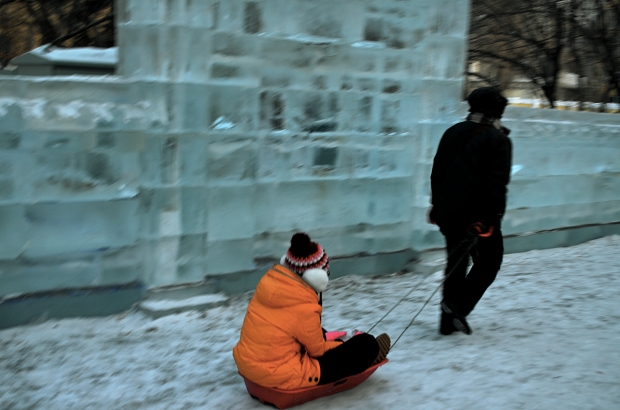 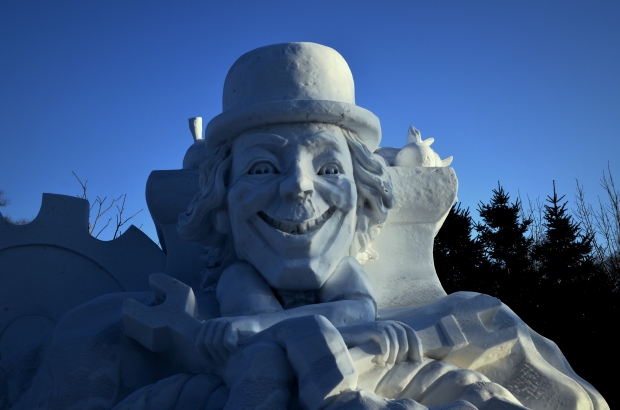 One thing we hadn’t counted on was the distinct influence of Sino-Russian trade on the landscape and architecture. Majestic cathedrals with Byzantine-style domes can be seen throughout the skyline and Cyrillic characters adorn signs right along side Mandarin ones. The city holds a ton of history between the two countries, as it contains an overwhelming number of immigrants. Throughout history the region has been occupied by China, Japan, the Russian Empire, and the Soviet Union. For a while, it was a prominent trade stopover on the trans-Siberian railway. It also served as a safehaven for Jews and other oppressed groups over the years, and housed one of the largest Jewish communities in the far East. Unfortunately, we didn’t get to visit the museum, but I have heard it is fascinating and extensive.

The city is in a category all its own with food, music, and fashion all a distinctive international amalgamation. On any given day, one can hear and see Russian karaoke, Russian folk dancing, or military marching. We saw protected Siberian tigers roaming in over 300 acres of frozen landscape in the Siberian Tiger Park, as well as other endangered species of lions, lynx, leopards, and black pumas. Being so close to the border, we were able to see Matryoshka dolls, nutcrackers, and furs. We were also able to sample coffee, chocolate, ice cream, and several hearty potato dishes. The locals informed us that they take pride in eating frozen foods despite the intense cold, and lines at Russian tea houses went on for blocks. The place where this is most apparent is on Zhong Yang Street, the longest shopping district and a cultural epicenter that terminates in the perpetually frozen Songhua River.

We never remotely anticipated the beauty of the Ice City. Every year thousands of artists carve their masterpieces (if you arrive at the beginning of January, you can even watch them at work!) out of the abundance of ice created by the Songhua. The largest accumulation of these is at the Ice and Snow World, where there are enormous buildings made out of ice, including a castle, giant thermometer, mega-stage for musical performances, and examples of buildings from all over the world. There is even an actual-size portion of the Jinshangling Great Wall made of snow that brave soles can ride down in a toboggan sled. However, it is not only here that you can find these breathtaking structures. There are clusters visible throughout the city. At Zhaolin Park, you can see the lantern festival, interactive and colorful ice displays including a piano and a maze, as well as the winners of the International Ice Carving competition. 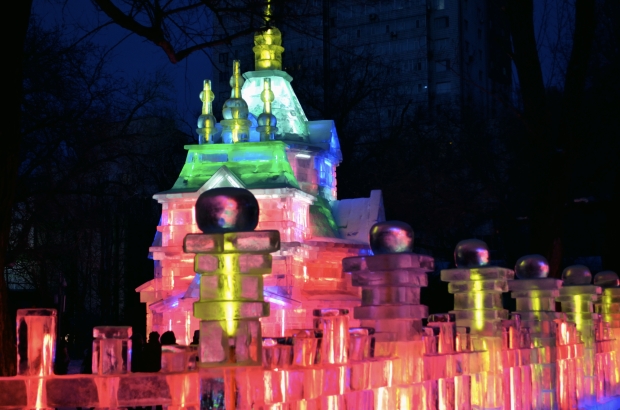 It is only when the sun has said its farewells that the festival can really begin. All of the ice is illuminated, and the thousands of neon lights reflect the glossy surfaces, the effect is mesmerizing. We were throbbing in agony from head to toe because of the cold, but we could hardly tear ourselves away from these creations. We spent several painful hours roaming (sometimes ungracefully slipping and sliding) through the architecture: up the steps of ice pagodas and trying to read the descriptions on the plaques near each and every immaculately chiseled sculpture. 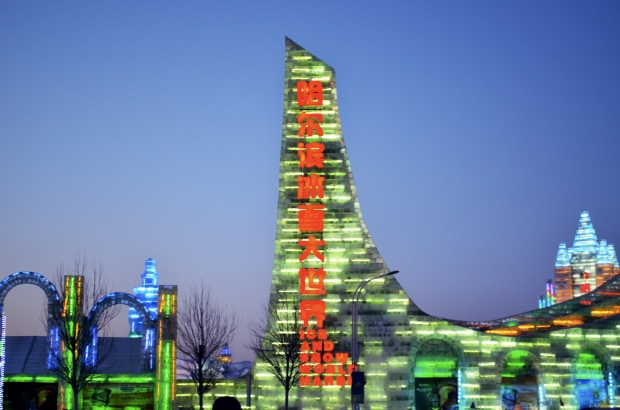 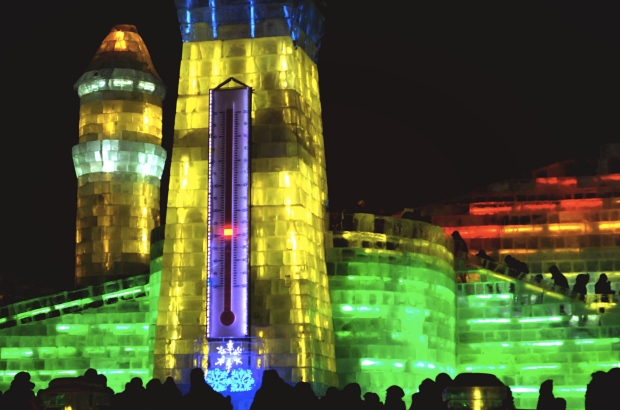 I knew the festival would be mesmerizing, but I hadn’t counted on the charm that the city itself would hold, and the warmth of it’s people. This seemed so unusual to me considering the frigid temperatures surrounding us. Our tour guide, Kitty, was the sweetest. She was so grateful to practice her English with us, and we acquired an instant friend in her for shopping, eating, and just general merriment.

I know we both would return to Harbin in a heartbeat. 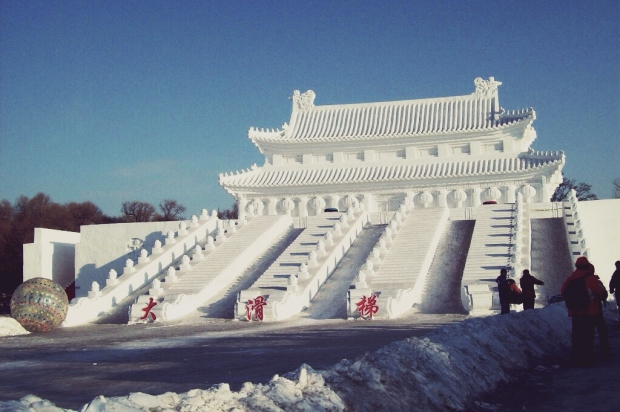 Stay on the lookout for more posts about our next 3 travel destinations!

4 thoughts on “Harbin-City of Ice”