How can you describe a city that’s–by all accounts–the face of one of the largest countries in the world and one of the oldest continuous capitals? Beijing is a place of many paradoxes, of rapid growth and intense political power, but also reminders of the way things used to be. It’s three thousand years old and has seen all kinds of changes, both backwards and forwards. It has opulent palaces and historical edifices that are legendary across the world, but also is one of the most modern cities in China. 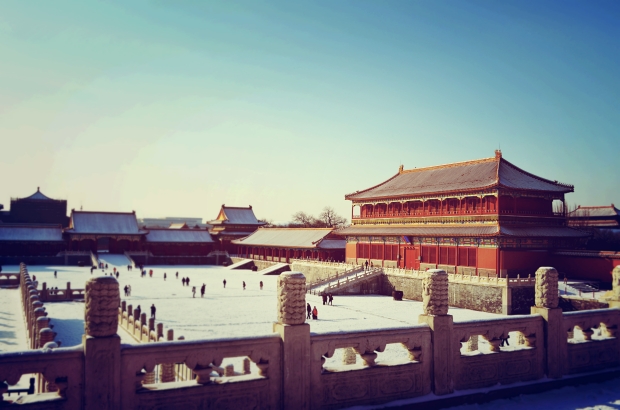 V and I made our way through Beijing inauspiciously at first. We arrived by plane, since all of the trains were booked solid in the haphazardness of Spring Festival, and were nearly hoodwinked by a predatory taxi driver. He tried to charge us 300RMB for a ride from the airport to the city center. Little did he know what an adventure we were in for. 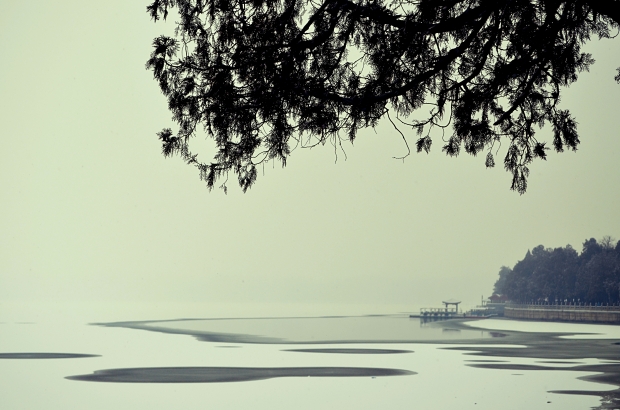 We didn’t have the correct address for our hostel, so we communicated with him in broken Mandarin for about two hours while he searched for the place, asking directions from passersby. We got a view of almost all of the rings–the city is divided into 6 different sectors, expanding outward from the center–and the whole thing ended up being worth the money. When we finally got to our lodging for the night, we were greeted with some of the most comfortable beds we ever had the pleasure of resting upon, and a Western-style breakfast with scrambled eggs and coffee!

The next day my parents arrived. We took a taxi back to the airport, went to the wrong terminal, and still managed to show up three hours before the plane arrived. We met the tour guide, a slight, energetic woman named Jenny, and retired to our hotel for some rest and relaxation. Mostly, my parents needed to sleep off the jet lag. 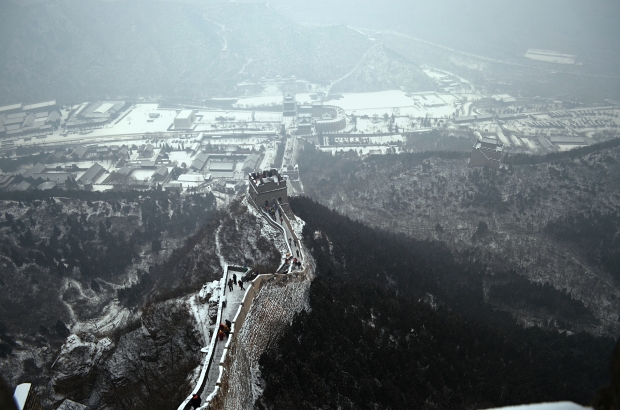 And, as if nothing had happened, we were all up at seven the next day. We drove outside of the city limits, through Beijing’s first snow of the season, to climb the Great Wall. Many people may not know that the Great Wall–because it is so ancient–is actually in varying states of disrepair. There are some sections of the wall that are open to the public, for cavorting around and all sorts of merriment, but many different parts are dilapidated and crumbling. Nevertheless, we managed to go up through four different sections of the wall until the air got thin and we had to come back down.

We were brought to both the Summer Palace (more like the Winter Palace though, am I right?) and the Forbidden City. The Summer Palace is a legendary collection of gardens, palaces, and manmade lakes spanning 2.9 square km. We managed to get a pretty good shot of the Long Corridor, a painted outdoor walkway that’s almost an eighth of a mile long, which you can see below. 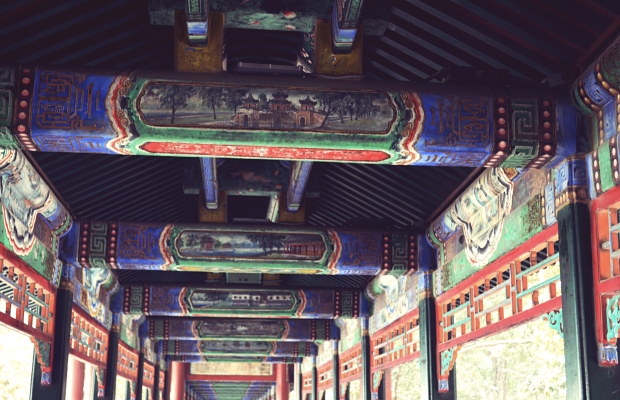 Where the Summer Palace was a recreational getaway, the Forbidden City was the home of emperors and their concubines, and the political center of China until the last emperor was deposed. It was called the Forbidden City because so few people were allowed to visit; the emperors and their functionaries were the only ones allowed in or out. Now, however, people flock from all over the world to walk on its hallowed bricks, and take pictures of the once-taboo municipality. The entire place can hold more than a million people. As a result, it’s near-impossible to get a good picture of any of the beautiful buildings or architecture–there’s always someone in the way. For a really good view of the palace, check out The Last Emperor. It was the first feature film that was allowed to be shot within the Forbidden City. Its unparalleled beauty is captured by the film, but you can also see the view from our camera lens. 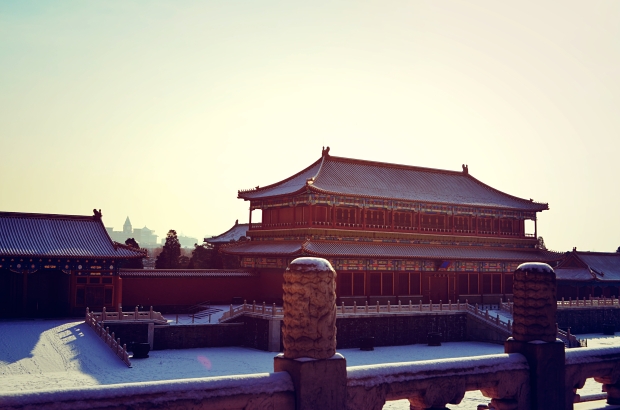 Finally, we walked through Tiananmen Square, named for the Gate of Heavenly Peace that leads people out of the Forbidden City. It’s also been around for hundreds of years. It’s where the present incarnation of China was founded. Chairman Mao’s body is preserved there as well, so people can make a pilgrimage and see it from inside its glass coffin. Strangely–and morbidly–there are fire extinguishers placed strategically around the square, should a protester attempt to burn themselves alive. How curiously ironic, given the name.

In our travels around Beijing, we received tours of a jade factory, a silk factory, and a tea house, which were largely consumerist affairs designed to protect tourists from scam artists while simultaneously allowing foreign cash reserves to flow into the country. Notwithstanding my caustic phrasing in the previous sentence, each of the instructional parts of the tours were relatively interesting, but any knowledge we obtained from them was immediately eclipsed with the need and desire to buy something.

However, at the Traditional Chinese Medicine and Massage Center outside the Forbidden City, we experienced the highest pressure sales environment we had seen the entire trip. We elected to receive foot massages after walking around all day at the Forbidden City, but also heard that we were afflicted with some of the most dire health problems one can experience. All but yours truly, apparently (I was deemed in perfect health, hehe). The only way to cure these problems was by spending hundreds of dollars a month on herbal blends and teas. We opted to pay for the massage and get a second opinion.

Despite the attempted strong-arming, and despite that for much of our time in Beijing we experienced ‘people mountain’ (yet again), we still managed to live like emperors and empresses. We saw some interesting sights, but ultimately we didn’t experience the spirit of the place. We spent the few days we were there listening to the whispers of our tour guide as if she were a political advisor, us gazing upon our subjects with disconnected wonder, questioning about their motivations, their needs, and their desires.

But there’s not anything that can describe trekking up the same paths that people had been wearing into the stone for centuries, or walking in the same footsteps of world leaders, or standing where revolutionaries once stood. It was amazing, terrifying, and the enormity of it was not lost on any of us.

One thought on “Beijing- The Forbidden City”