So, the year has come and gone. Goodbyes are always difficult. 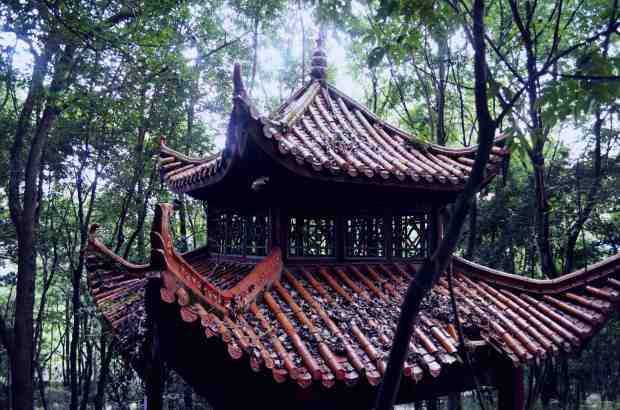 Since, this is a retrospective, I did my best to include both old and new photos that best encapsulate our time here. Some may look familiar!

I know that this year wouldn’t have been the same if it weren’t for the efforts on the part of our incredible students and those neighbors who went to great lengths to welcome us into their midst, even if we looked different or spoke a different language. One of my favorite students confessed that before meeting K and I, she had never been able to tell apart the foreigners she saw on television. We foolishly believed that upon coming here, we were going to make a difference. That we were going to teach and change even a single young person’s perspective on the world. Perhaps we did. I hope we did in some small way. But, I know for a fact that it is me who has changed. That my perception is the one that has been irrevocably altered. 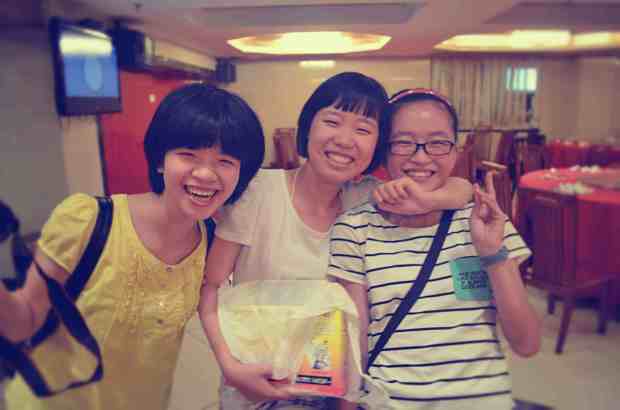 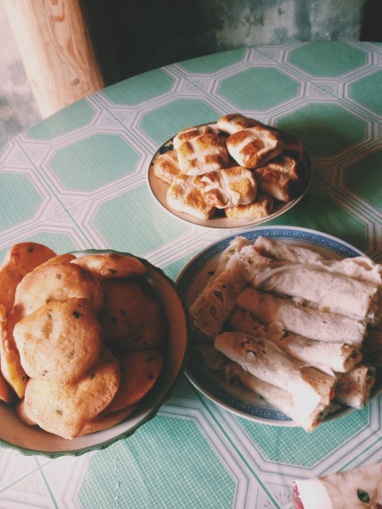 I would be lying if I said that this year living in China hasn’t been filled with both happiness and hardship for us. What can I say to sum it all up? I didn’t think I could do it justice in this post, so K is putting together a documentary video that attempts to tackle this question.

Our relationship with China has been difficult. We’ve learned so much from living here that we could never have learned living anywhere else. It’s been full of adventure and also loneliness. We never quite stopped feeling like outsiders.

However, there were so many wonderful elements. We visited 6 major cities, numerous smaller cities, and spent a great deal of time in the countryside. We rode on planes, trains, buses, taxis, motorbikes, bicycles, and rickshaws. We ate countless new dishes, some of whose names and ingredients are still unknown to us. We made some new, and hopefully lasting, friendships. We were continuously surrounded by thousands of years of history. We taught over 900 students English. We learned new customs and religious practices, celebrated new holidays, and shared our own traditions with an eager community.

Just like China, in my experience there are gray parts and green parts and everything in between. Take a look at some photos from throughout the year, and see for yourself!

So, on a lighter note, here is a brief survival guide I’ve complied for anyone who is brave enough to make the trip out to the Middle Kingdom.

20 Survival Tips for Future Expats in China:
1. Always try the food. Chances are, even if it looks strange, it’ll be worth it.

2. Never drink the water. And I mean never. It will not be worth it. Only drink bottled water.

3. Pack earplugs, because construction stops for no man. Also, fireworks.

4. Bring toilet paper with you wherever you go. Also, the bathroom situation is as bad as you’ve heard.

5. If you’ve been invited to a family home for dinner, always bring a small gift (flowers, tea, fruit, etc). Don’t be offended if they refuse the gift many times before accepting.

6. Bring several pairs of quality shoes. Chances are, your feet will be larger than the average Chinese person (if you are like me), and thus the internet will be your only recourse if you don’t. Also, you will trip a lot on tiny stairs (again, if you’re like me). Proceed with caution.

7. Don’t expect to know your schedule. No one will ever tell you what’s happening until the last possible second, and even then, plans often change on the fly. Also, when they change, they often become mysteriously “urgent.”

8. If you’re a vegetarian, don’t be discouraged. It might take more time, but you can find quality non-meat dishes in China. When in doubt, visit a Buddhist temple. The food is amazing and the scenery is equally resplendent.

9. If someone suggests a TCM (Traditional Chinese Medicine) herbal remedy for some mild ailment, accept it. That stuff is like magic.

10. Speaking of water, don’t expect to be served cold water at restaurants and other establishments. Usually, you will be severed warm water, both because it is safer boiled, and because Chinese people consider hot liquids to be better for the body.

11. If someone is treating you to a meal or some other social outing, don’t even consider trying to pay. It is considered rude for a guest to even think of paying for the host.

12. If you don’t speak Chinese, learn a few key phrases (like the ones we shared in this post) and download a quality translation app on your phone. K highly recommends the app pleco.

13. I’m certain this is different in large cities, but in smaller cities and towns don’t expect anyone to speak English (past “hello,” of course). Also, expect a LOT of staring. It’s not considered rude here.

14. On that note, spitting is also not considered rude. You may have heard that people do it a lot.

15. If you don’t have food in your bowl, people will continue to think you’re hungry and tell you to help yourself. So, always leave a little bit if you feel yourself getting full. Chinese people are excellent hosts, you’d be surprised at the sheer number of dishes that appear at a dinner party.

16. Practice with those chopsticks.

17. In China, people say “Gānbēi” (干杯!), which they consider to be akin to making a toast. However, when someone says “Gānbēi,” it literally translates to “Drink up!” Unlike “Cheers!” you must drain your entire glass of whatever you’re drinking. No exceptions. Be wary if you’re drinking at a lunch party.

18. Prepare to be photographed, no matter where you are. One woman even asked K to take a picture with her baby at the supermarket. With his blonde hair and blue eyes, he is a perfect target. Keep in mind, it is special for many people in China to have even met a foreigner.

19. Carry an umbrella with you, rain or shine. Strangers will offer you one if you don’t have one, even in the event of a light drizzle. Also, light skin is beautiful and tanning is not, so parasols help keep women’s skin looking fresh.

20. Be wary of traffic. People drive at their own pace- on the wrong side of the road, stopping when they please, etc. The rules of the road are extremely different in China, and crossing the street may initially be quite terrifying. Coincidentally, there are very few accidents. You’ll adjust.

Those are just some of the ones I could think of today! If you’re an expat with tips to share, or you have questions about something I wrote down, please feel free to comment below.

I don’t know where K and I will live next, but for now, it’s on to the next adventure! See you all when we get back with photos and videos from Thailand, Cambodia, and Japan.

Thanks for helping to make this adventure a little better.

2 thoughts on “Farewell, China- A Retrospective”