V: Guys, I’m going to be honest with you. This post was hard to write. 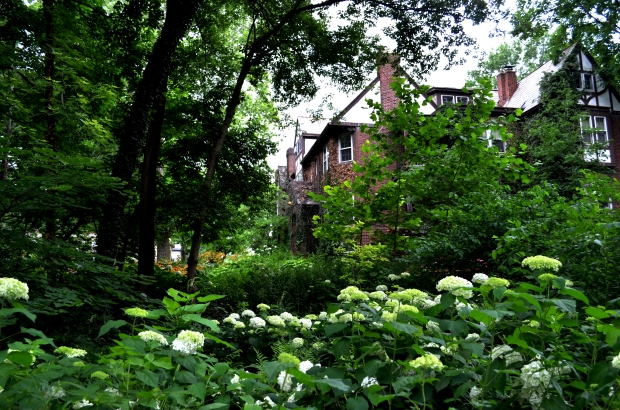 Columbus has been my home for the majority of the last 8 years, so I have an intrinsically complicated relationship with it. This city- the capital of the heart-shaped state- is where K and I met and fell in love, where we both graduated from The Ohio State University, and where we have made so many beautiful friends and connections. Personally, I have moved 6 different times within the city’s limits. Now, we plan to leave it for good and move forward to our next adventure. Naturally, we are both happy and sad to go. We are indescribably grateful for all the things we’ve experienced in this place, and all it has done for us. However, we sense it is the time for new places and new opportunities. This post is written as a farewell tribute and also a bit of a travel guide for those who plan to visit or see a little more of the city’s magic. 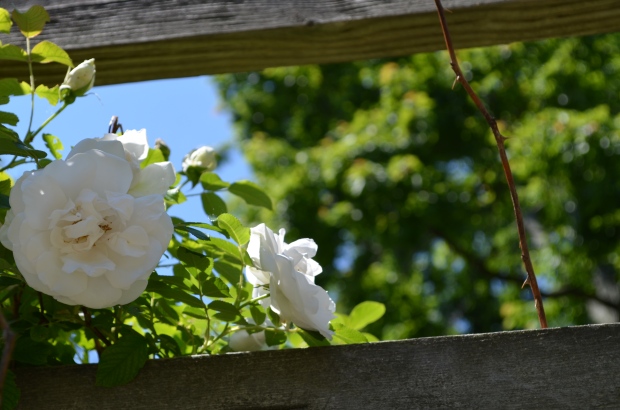 The way the city is divided makes it quite difficult to describe as one single entity. With the University in the center, it is spread out into several unique pockets.

There’s downtown, which is mostly dominated by businesses and the mecca that is Nationwide Arena, although there are a variety of festivals near the Riverfront Amphitheater, as well as COSI Science Exploration Center (which is neat if you’re a big kid like me who never wants to stop discovering).

In historic German Village, you can walk on cobblestone streets, take a stroll through Schiller Park, and stop for matzos ball soup and a pickle at Katzinger’s Deli. Note: it is much more like a Germany of 40 years ago, though charming nonetheless. Oh, and don’t forget Pistacia Vera for irresistible dessert macarons!

You can visit the farmer’s market, find some unique local gifts at Wholly Craft, have a slice of Pattycake, or go antiquing in my favorite little bohemia of Clintonville.

You can visit the Short North for a walk in Goodale Park, awesome food and drinks and Gallery Hop the first weekend of every month.

You can hang out in the Brewery District and walk along the Scioto Mile for a gorgeous view of the river and the city skyline.

Of course, there is my own neighborhood of Old North Columbus, where I have always been able to find a friend at Kafé Kerouac (where the drinks are literarily inspired) or you can buy used books and records, attend game nights, poetry slams, music events and beer tastings. There’s always a pesto pizza with my name on it at Houndogs and a black raspberry chip milkshake at United Dairy Farmers (UDF). 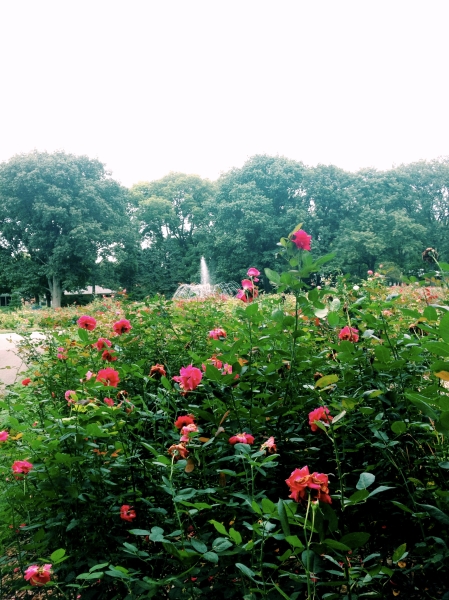 And that’s just the tip of the iceberg! If you are willing to do the research, Columbus can have a lot more to offer than you would expect.

Columbus has become a sort of mecca for foodies like myself in recent years. The city is just overflowing with places for delicious locally sourced produce, fresh food, unique sweets, and craft beers. I’ll list some of my favorites at the bottom of the post, but suffice it to say, I still can’t resist the classics like a good scoop of Jeni’s Splendid Ice Cream or a Northstar burger. And, there’s plenty for people with dietary restrictions. So, my fellow vegetarians; vegans; gluten-free dairy free folks- all of us can rejoice!

North Market is a good first stop for a little sampling of everything, and lots of the most famous restauranteurs in the city got their start with just a little stand at the market. Be sure to stop at Omega (my little bakery) for some quality artisan bread and killer croissants, too.

A favorite date spot is Café Bella, an Italian-Mediterranean restaurant where the menu changes daily and the owners will serve you a 4-course meal depending on what ingredients are in season, grown locally and on hand. 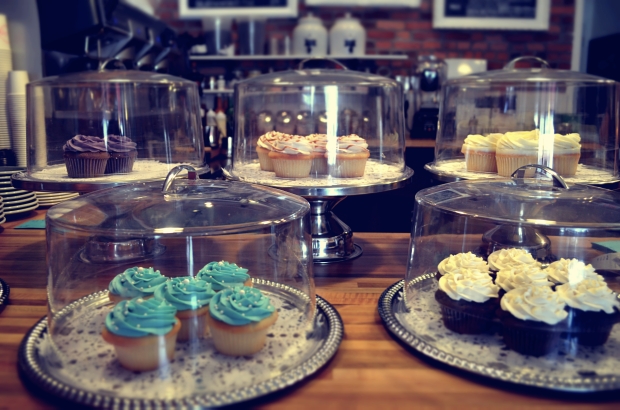 The spots I love the most are the rare spots of green. A bike ride down the Olentangy Trail- stopping to pick wild flowers or a Saturday afternoon spent reading at Whetstone Prairie or Park of Roses. I’ve had so many amazing picnics alongside the fountain at Goodale Park, and I’ve taken countless friends to see the butterflies or the glassblowing at Franklin Park Conservatory.

Sundays are free at the Columbus Museum of Art, and I have seen some amazing exhibits during my time here (especially the Rothko!). Wexner Center of the Arts is always a must-see. The gallery is now featuring Catherine Opie, but has over the years been home to Andy Warhol, Annie Leibowitz, and even Les Wexner’s own personal collection. They do unique movie screenings (often independent films and documentaries) at the theater there and at the Gateway Film Center. Studio 35 is an independent cinema and bar that lets you eat and drink while you take in first-run films and cult movies. There’s also live comedy and a troupe that does Rocky Horror the first Saturday of every month. 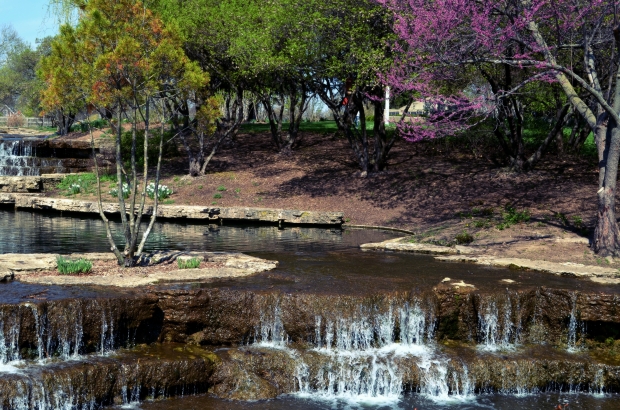 The people make this city, though. I truly believe that some of the kindest souls in the universe reside here and I know I have people who would do anything for me. 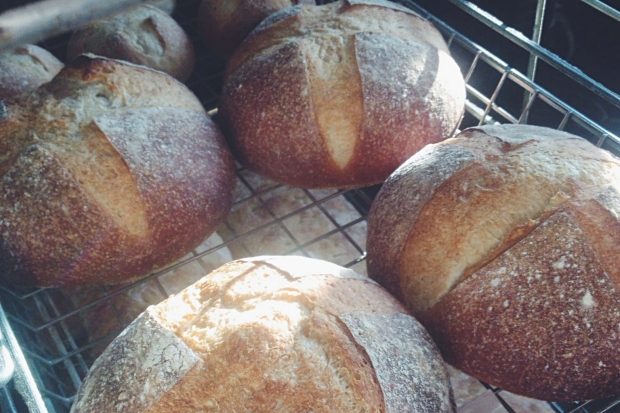 Anyways, Columbus, I love you. I will let K say his piece and leave you with some photos and a nice round-up of the best spots!

K: Columbus is strange because it’s so spread out. The campus district is so huge that you can’t experience the spirit of the whole place. The city becomes subsumed by the giant Ohio State amoeba, which can be frustrating. It will be even more frustrating if the university “develops” more of High Street. That will squeeze more of the character and flavor out of the area. Some of the things that I hold dear about this place will soon be gone for good. 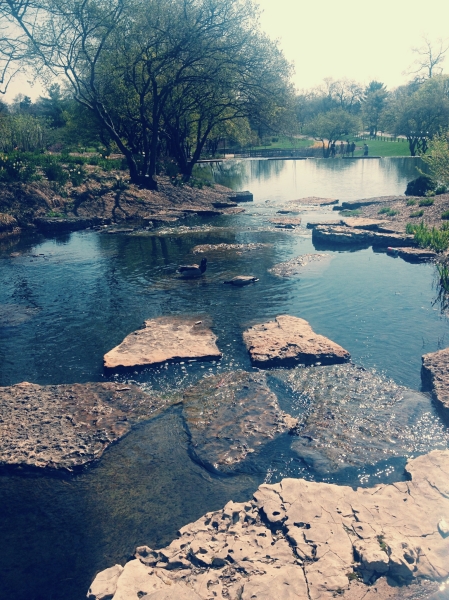 But let’s not get sad yet. On and off, I’ve spent about six years here in the city. That’s a lot of time to be in one place. It’s where I grew up, and learned how to be a real person. I met some of my best friends here. It’s where V and I got together.

But how do you write about a place in a way that does it justice? Some of my favorite places in this city are well-trafficked. yet things that you would walk right by without noticing. Most important for me are locations that allow me to maintain presence of mind or clarity, places to relax. These are the landmarks for me. And, in my years here, I found them in spades. Now I share them with you. 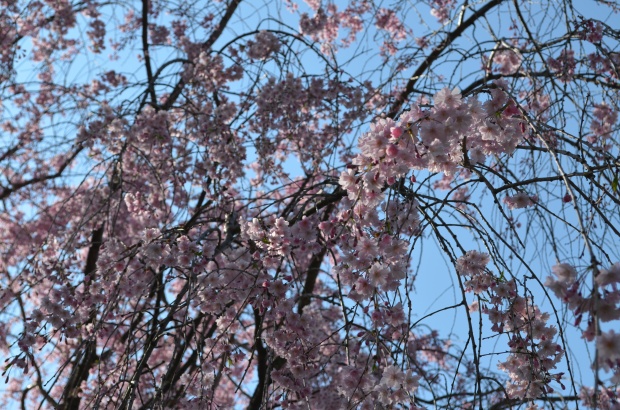 For example, the evergreen trees near the Drake Theater on campus. This was one of the first places I discovered on campus. I could almost see it from my dorm room, and decided to climb it. It was an isolated pocket from the bustle of main campus, an excellent place to escape the frustrations of living with people you don’t know well. That year, I read many books in the arms of this tree, halfway up, alternating between the page and the view of the river. I finished ‘Zen and the Art of Motorcycle Maintenance’ during a windstorm.

There’s also the secret quiet of the Percussion Studio. You’d think it would be clattering with sound at all hours, but it’s eerie quiet. Discovering this place was remarkable. I was minoring in music, and wanted a place to practice. There were no leftover practice rooms, and I had some counterpoint to work out. Luckily, I found the studio. It was an enormous room filled with vibraphones, marimbas, a gong, pianos. A dream. I’d later go on to use the room to record an album for my band, for a friend, and to demo innumerable songs.

And then there’s the bigger, non-university institutions that hold up Columbus.

I developed my knowledge of cinema, graphic novels, and poetry from the Columbus Library system. It gave me the idea to start writing down the books I read (something I still do today). I spent my time at Northside and at the main branch. People voted it the best in the nation for a reason, perhaps because it has a lenient fine structure. I only had to buy two books because they were so overdue. I was happy to pour some money into their pockets though. 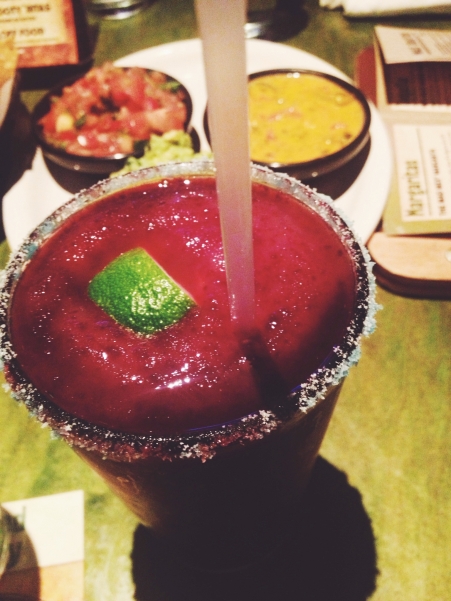 The Library Bar is an ancient place that only recently banned smoking. Yes, despite state laws. It was the favorite of my friend group after we were old enough to drink. I’m sure it’s been full of weirdos since the beginning. I love the dinginess, the grime, the sleaze. It’s like a midwestern Tom Waits song, instead of Los Angeles. 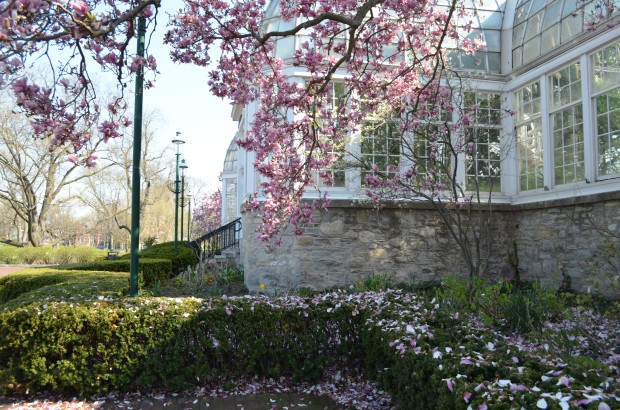 Cornerstone is the go-to restaurant in the area. It’s got everything‚ french fries and pad thai, bagels and salads, soups and sushi. It’s a hybrid deli-sushi bar-pan Asian restaurant. We’ve negotiated friendships, leases, and cross-national moves here, over Americanized Chinese food and the din of police officers, churchgoers, and hip Clintonville couples.
Columbus is giant, but small enough that you run into people you know everywhere. There’s secrets that take years to discover, but you can apprehend the good and bad qualities rather fast. I feel like I’ve just now got my bearings, and now I have to leave. 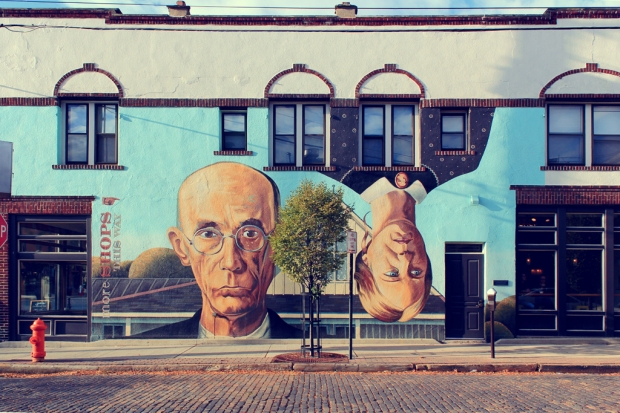 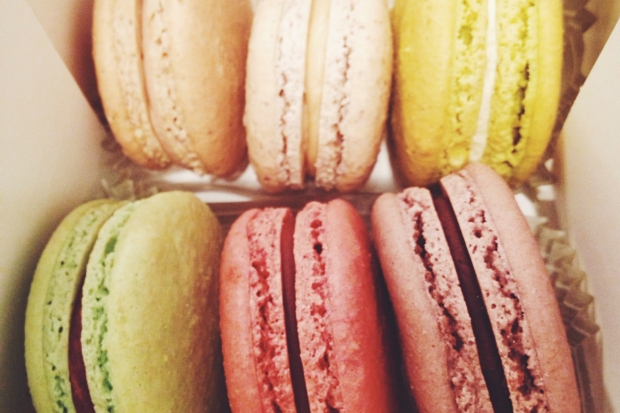 Feel free to share your own Columbus places and experiences. We would love to hear them!