We had a few weeks to spare, so K and I decided to take the scenic route down to our new abode in North Carolina.

Note: we are both pretty minimal, and we like to make each new home its own. When we realized that we could fit everything we owned into a 10’ moving truck–and that such a truck is actually smaller than most RVs–we designed a week-long trip where we could stop and camp at some of the most beautiful sights along the Blue Ridge Mountains! We knew that we wanted to drive down along the Blue Ridge Parkway and also stop in Boone and Blowing Rock (more about that in our next post!). Since the Northernmost tip of the Parkway runs practically straight into Shenandoah, we couldn’t resist spending a few days there. 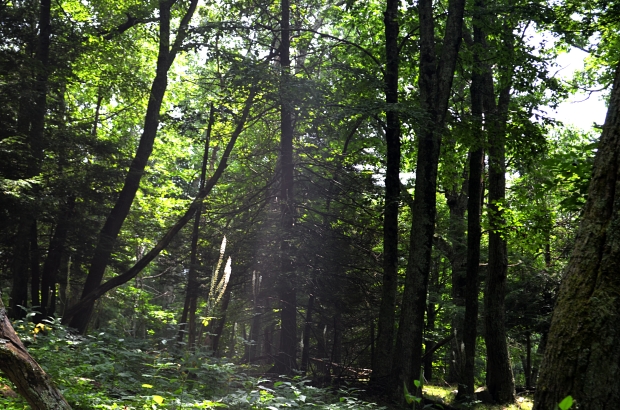 Some things to know about the Park- it is atop the Blue Ridge Mountains and accessed via a 105 mile long road called Skyline Drive. For all you history buffs, you may know that Skyline Drive was actually built long before the whole area was designated as a National Park. Herbert Hoover and his wife used it to get to their vacation home.

The maximum speed limit on the road is 35mph (which was a relief to K who was attempting to maneuver us and a truck filled with all our possessions through the twists and turns of a mountain range). For me, it was incredible to roll down the windows and stop at many of the 75 overlooks that offer stunning views of the Shenandoah Valley to the west and Piedmont to the east. The Park purposefully leaves the roadsides unmowed, so that you can see displays of wildflowers blooming all year long. The colors of both the roadsides and the peaks (they are as blue as they say!) are absolutely immaculate. 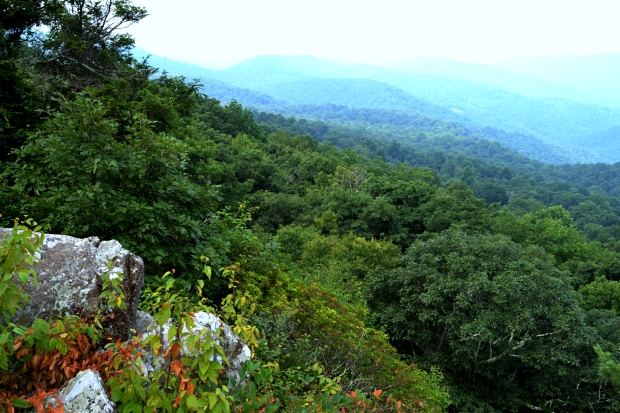 We may not have visited during the most beautiful season. It is argued that the colors of the Autumn trees are truly a sight to behold. However, we did visit during the season when the Park is most teeming with wildlife. It’s most common for deer, black bear, wild turkeys, and tons of other woodland creatures to be roaming around close to the campsites.

My mother joked about us being eaten by bears before we left, and we laughed thinking it extremely unlikely that we would even see a bear. In fact, we saw two! Both black bear cubs. We didn’t even take a photo, being so paranoid that the mother was not far behind. Our campsite was absolutely crowded with deer spilling into the grass to graze. Many of them were tagged because of recent problems with Chronic Wasting Disease, something that the Park is doing an excellent job trying to monitor and manage to make sure it’s animal populations are healthy.

We chose to camp at one of the largest and most popular sites in the Park- Big Meadows Campground. I would go back in a heartbeat. It had clean bathrooms, tons of supplies available for purchase, access to a myriad trails (including portions of the Appalachian Trail), and a lodge a few miles away (if you’re less of the outdoorsman) with several restaurants, a brewery and taproom, and live music. Fun fact: President Franklin Delano Roosevelt visited the Civilian Conservation Corps camp at Big Meadows in August 1933 and loved his experience so much that he returned to the same spot in July of 1936 to dedicate Shenandoah National Park.

The portion of the Appalachian Trail that we hiked was approximately a 10-mile stretch to the top of Lewis Spring Falls (the Lewis Springs portion alone is about 3 miles each way). Although it’s the 4th tallest waterfall in the Park, it still gave us a stunning view, made even better by the fact that we got caught in a rainstorm right when we reached the top and waited it out under the shelter of its many trees. The waterfall itself was less impressive than than the truly gorgeous Valley views along the trail. The route back is definitely a challenging and treacherous hike, with lots of rocky parts and a stream crossing that obscure the path. We also did the tiny Black Rock Trail next to the Lodge when we got back for stunning sunset views! 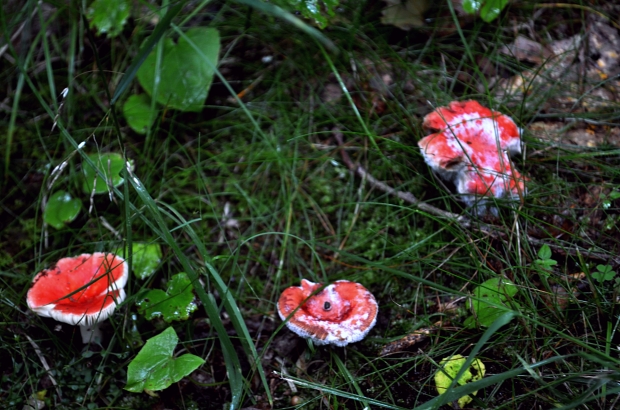 My favorite part of camping, though, is the cooking. There is nothing that compares to simple food cooked over an open flame. Sitting around the campfire! We met a nice couple that gave us some clean and environmentally friendly logs to burn. We grilled fresh veggie kebobs on the grill and roasted potatoes in the embers. We also had gluten-free s’mores for dessert. Okay, now I’m hungry and wish our new apartment had a fireplace. 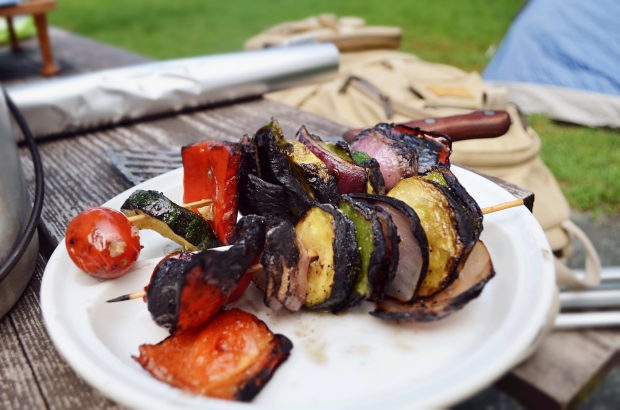 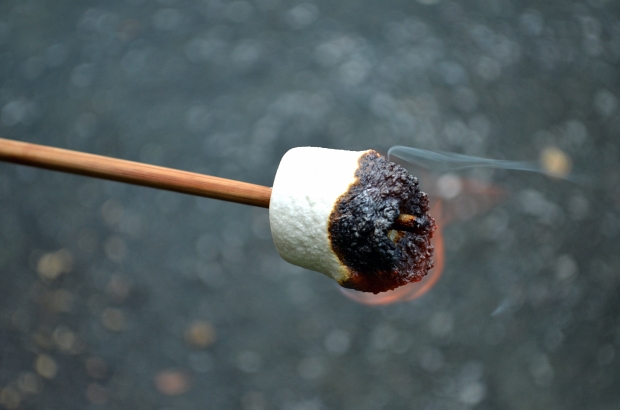 At its onset, this trip was not a priority for me. But that’s an understatement—I was dreading it. I hadn’t driven a car in a long time, so the prospect of driving a moving truck up a mountain? Count me out. Winding roads and five tons of metal? Forget it. I’d rather sell all my stuff and hitchhike.

But I was worried over nothing. 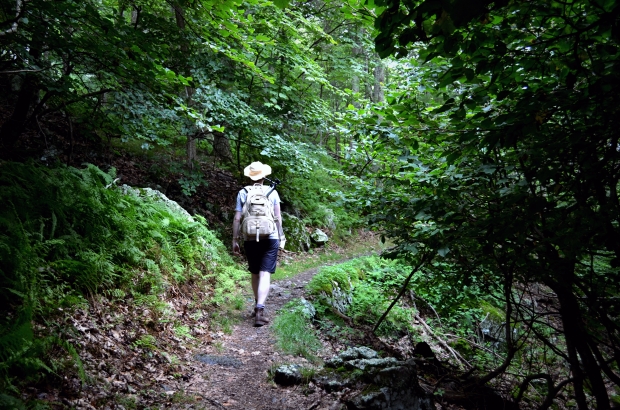 Sure, there were stresses. It was hard to negotiate some of the tight turns, and I freaked out a couple times. And it rained two of the nights we spent in tents. And our tent was the wrong size (pro tip: junior means ‘not big enough for two adults’). 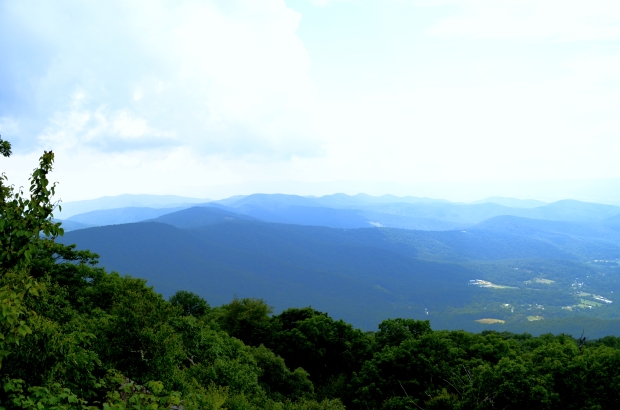 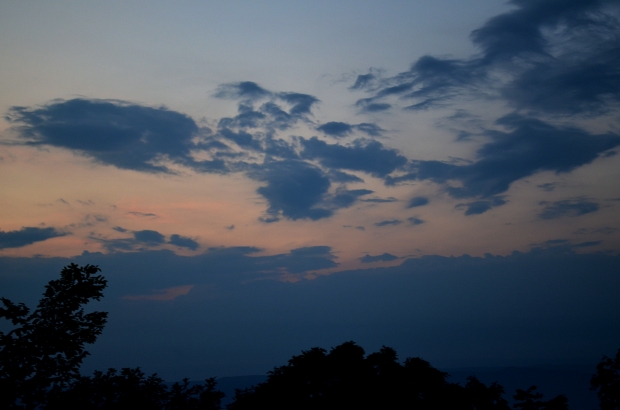 The majority of the experience, though, was a throwback to some great times in my life. I did a lot of reminiscing. Camping was a welcome breath of fresh air after not getting much outdoor action the past year. I particularly enjoyed cooking food over the fire, as it allowed me to get in touch with my Boy Scout roots. I thought about all the adventures I went on with my parents when I was a kid. 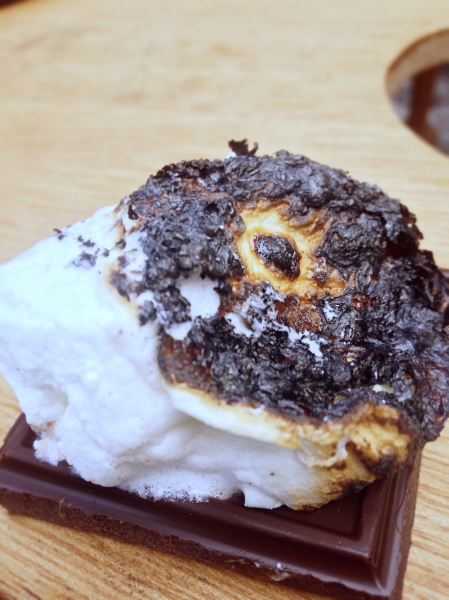 And V and I spent quite a bit of the trip looking back on our time in China. We talked about the mountains, the winding roads, the forests and hills. Even though it was a short segment, hiking on the Appalachian Trail was an exciting taste of a journey I later hope to take.

But I’m most excited about this anecdote. When we were camping at Big Meadows, we became friendly with one of our neighbors. His name was Kevin. After thirty years of marriage, he and his wife decided to return to their old stomping grounds, which is why they came up for the weekend. They wanted the same fun and relaxation that they got in high school. When they used to come up the mountain on his motorcycle. This time they rented a giant RV, but I think they found what they were looking for. I couldn’t help but hope that I’m doing the same thing in thirty years: chasing my younger self and–if but for a moment–catching him.

Can’t wait to share more about the rest of the Parkway and show you the video of us hiking some of the Trail! Would love to hear about any other trails people have hiked at Shenandoah and their reactions.

When is the last time you slept under the stars?